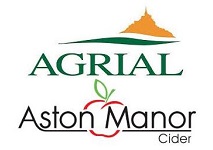 Agrial has 150 processing sites in 15 countries and develops food-processing activities in the fields of milk, fresh produce, beverages and meat. Aston Manor is the UK’s largest independent cider producer, operating four sites and manufacturing brands such as such as Kingstone Press, Frosty Jack’s and Knights , as well as producing private label ciders.

Marc Roubaud, managing director of the drinks division of Agrial, said: “It was crucial to significantly strengthen our international presence on the cider market by gaining a foothold in the world’s leading market, which is comparable to ours and our members’ orchards. Aston Manor and Eclor are similar companies, with shared priorities both in terms of popular brands as well as own-label products, and we are thrilled to join forces to give our customers an expanded portfolio”.

Gordon Johncox, chief executive of Aston Manor, added: “Aston Manor was looking for a partner that would allow us to continue the growth and development underway now for several years. With Eclor, we have found a strong and ambitious partner. The fact that Agrial is a cooperative was also a deciding factor for us, because we can be sure of choosing a company with similar values. Aston Manor’s management is very pleased with this agreement”.