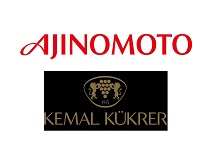 Ajinomoto, one of Japan’s largest food makers, has signed a deal to fully acquire its partner in Turkey, Kukre Gida, which is the parent company of food brand Kemal Kukrer.

Ajinomoto first took a 50% stake in the company in 2013 and has now signed a new deal to acquire the remaining stake for $51.36 million. The firm said it aimed to strengthen its local portfolio for long-term growth.

Ajinomoto has been active in developing its global presence over recent months, acquiring Turkish food manufacturer Orgen in November last year and buying French frozen food maker Labeyrie Traiteur Surgeles in July. Ajinomoto is now said to operate 118 factories and to have a sales network active in 130 countries.

Sinan Altun, CEO of Ajinomoto Orgen Gida, said: “With these investments, we have become one of the biggest food product companies in Turkey. We are aiming to reach a much higher position by increasing our capacity”.