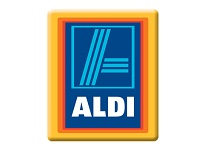 German discount retailer giant Aldi has announced that it is going to close 32 stores in Denmark, after the retailer made a loss for the second consecutive year, according to a report in ESM.

According to Thomas Bang, Aldi’s spokesperson, the retailer still believes in the concept of high quality at low prices.

Aldi spokesperson Thomas Bang said: “We recognise that we need to give our customers a better shopping experience than we have done so far”.

Mr Bang added that Aldi had closed outdated stores in order to be able to open “new, large and modern shops”.