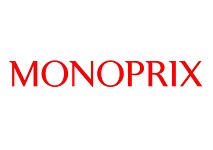 French grocery chain Monoprix, owned by the Casino Group, is testing a ‘cash-free’ store in Clichy in a concept said to be inspired by the American online retailer Amazon.

According to sources, the new store is internally called Monop’Go and is located near to Monoprix’s head office.

To use the store, consumers will reportedly first need to download an app on their smartphone. To buy the items, they are said to need scan the shelf label for each product after which the amount will be automatically debited from the customer’s account.

“We will see how customers behave, and if they feel comfortable with leaving the store while other customers are queuing up at the till”, said Monoprix spokesperson Xavier Guéry. “This test should show us whether the system also works for products other than snacks”,

After the trial period of about a week in Clichy, the retailer plans to test the same concept in its Boulevard de la Madeleine store in Paris by September, as well as opening a new store in Les Halles.